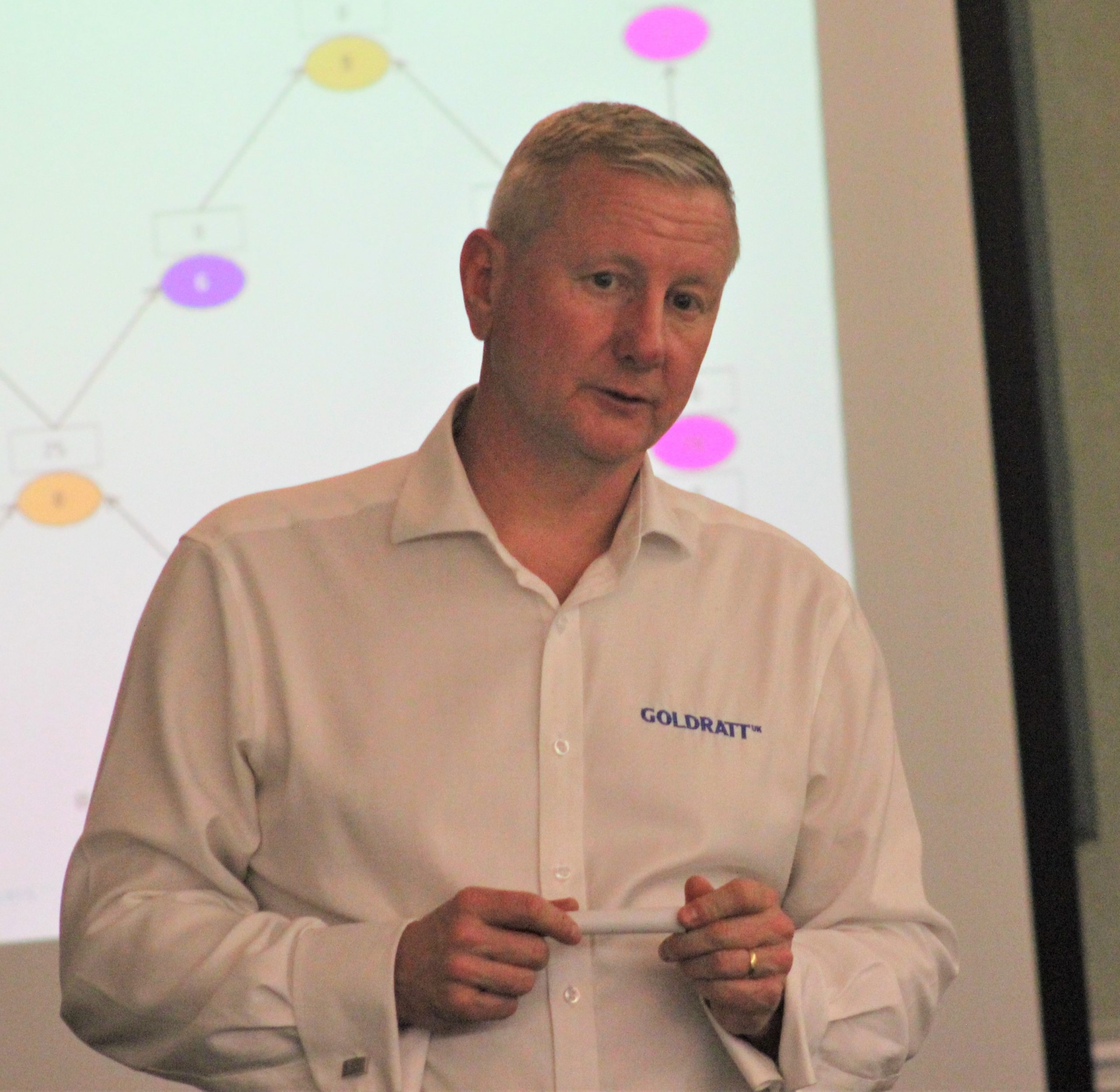 Andy Watt is a founding member of the Theory of Constraints International Certification Organization (TOCICO) and a Chartered Fellow of CILT (Chartered Institute of Logistics and Transport), the owner and driving force behind Goldratt UK, increasing the exposure of TOC to the UK.

Andy, a Mechanical Engineer for ten years prior to starting his consulting career, held a number of Senior Management positions within the Aerospace and Defence industry in the UK. These included Head of Continuous Improvement, Quality manager, Engineering Manager, Head of Operations and Engineering. He specialised in the implementation of TOC, Lean, Six Sigma and Taguchi in production and R&D environments. This included Hunting Engineering, AWE Aldermaston and Lockheed Martin.

In 2000 Andy joined The Goldratt Institute, training coaching and consulting to companies. He formed his own company Levee LLP in 2004 and took over Goldratt UK in 2007 to provide TOC consultancy across the UK. Since 2004 it has grown to more than 25 employees and annual sales of more than £1.8M.

Over the last fifteen years Andy and Goldratt UK have worked with hundreds of organisations implementing TOC including; Bentley, McLaren, Honeywell, Masterfoods, Bombardier, Eurostar, Siemens, Johnson Matthey and many more SMEs. Andy was lucky enough to work closely with Dr Goldratt for a number of years and is a regular presenter at worldwide conferences.

Andy is also an owner and Director of software company RopeWeaver who provide TOC based software for Operations, Procurement and Distribution.

In 2013 Andy also became shareholder and Director in Tenon Engineering a manufacturing business engineering and producing instrumentation products; including Rheometers and viscometers; which is on a TOC journey to become ever flourishing and acquired Wallace Instruments who sell Plastimeters and hardness testers across the world.

Andy has also held a number of non-executive Director positions. Andy was awarded TOCICO's Implementer of the Year in 2018.

Martin is one of the key Goldratt UK consultants leading major implementations of TOC across Europe. Since 1994 Martin has successfully implemented TOC for Goldratt UK in dozens of organisations and also supports Goldratt Consulting global.

As a Goldratt UK Director, he works with organisations to customize their Strategy and Tactics, transfer the knowledge and coach people to make the desired growth possible. He focuses primarily on these core areas: Operations, Project Management, Supply Chain, Finance & Measures, Distribution, Managing People, Sales & Marketing and Strategy.

He has been a Principal with Goldratt Schools, and has provided management education and support in over 30 countries.

His extensive widespread experience has resulted in the development of expertise particularly in managing large scale change programmes, IT and Systems, process management and providing consultancy services. Martin has led a number of projects to implement TOC in both large and small organisations, some in the UK and some with a global reach. He has supported Supply Chain assignments including clients in Venezuela in manufacturing and retail and also supported Healthcare projects.

He’s previously been an approved consultant for UK Government’s Department of Trade and Industry Grant Aided IT developments. He’s also worked as the UK regional manager of Dale Carnegie, overseeing major accounts and the delivery of service by 21 consultants/trainers.

Martin’s background is as a Chartered Accountant. He was previously the Managing Partner of a leading regional Accountancy practice.

He is a founder member of the Theory of Constraints International Certification Organization (TOCICO) and worked closely with Eli Goldratt for nearly 10 years.

John started with Goldratt UK in 2005 as part of the Operations team. A management consultant dedicated to delivering TOC improvement programs for blue-chip clients such as PRA, NATS, Schneider Electric, Domino Printers and Bentley. One of the most knowledgeable, experienced implementers in the UK.

John has contributed significantly to Goldratt UK’s comprehensive knowledge base and delivery processes. Driven by improving Goldratt UK’s approach and disseminating his knowledge among clients, he ensures the knowledge is always up to date.

As Head of Operations, John is responsible for the organisation and performance of project managers within the company. He graduated with an honours degree in Manufacturing Engineering and from there went on to hold a variety of management positions in manufacturing organisations.

Prior to joining Goldratt UK, John was involved with numerous success stories. One such achievement was to increase the manufacturing capabilities of a mobile telecommunications organisation from a small UK SME employing 30 people, to a multinational employing over 1000. He was also a founding team member of the Lean Aerospace Initiative, a government backed programme aiming to equip the UK's Aerospace industry with the Lean tools and techniques, successfully employed by the automotive sector.

Phil Snelgrove has been a TOC Implementer and professional since 2003. Phil’s TOC expertise has resulted in him working with clients to improve entire supply chains (Procurement/Development/Operations/Sales/Distribution) or focusing on specific parts.

His major objectives are systematic and quantifiable improvement and ultimately self-sustainability for his clients.

Phil is a fully accredited TOC expert and holds a Masters in Engineering from Durham University. Prior to working with Goldratt UK, he was an engineer in a multi-national industrial tool manufacturer.

He is a people person and thoroughly enjoys working with teams to achieve common goals and objectives.

Kris acts as Goldratt UK’s computer software specialist and specialises in the implementation of RopeWeaver.

From 1992 to 2000 Kris co-owned JBA Poland – a leading provider of ERP solutions for European and Polish production companies. He then became co-owner of TOC Consulting Polska, the first TOC consulting company in Poland, where he spent 10 years helping manufacturing and engineering companies to implement TOC.

From the mid-2000s Kris has also run a successful TOC post-graduation programme at Warsaw University of Technology.

He is a founding member of TOCICO.

Maria joined Goldratt UK in 2007 but has been working with the Theory of Constraints (TOC) since 1995. She has a degree in Engineering and has successfully implemented TOC in a wide range of organisations, both in the UK and Venezuela.

Maria enjoys working closely with the shop floor, doing whatever it takes in order to achieve step-change improvements in performance.

Over this time she taught Operations Management at two universities in Venezuela where she supervised TOC improvement projects conducted by her students in their employers’ businesses. These projects delivered significant bottom line improvements.

Ben joined the Operations team at Goldratt UK in 2015. From an engineering background, Ben began at the company following 10 years as manager of continuous improvement for a large global manufacturer.

Initially working as an internal project leader, he has held roles overseeing holistic TOC implementations for operations, project management and sales across the world.

As a management consultant, Ben works with organisations, either with the company as a whole or with specific departments, to achieve significant  improvements in performance. 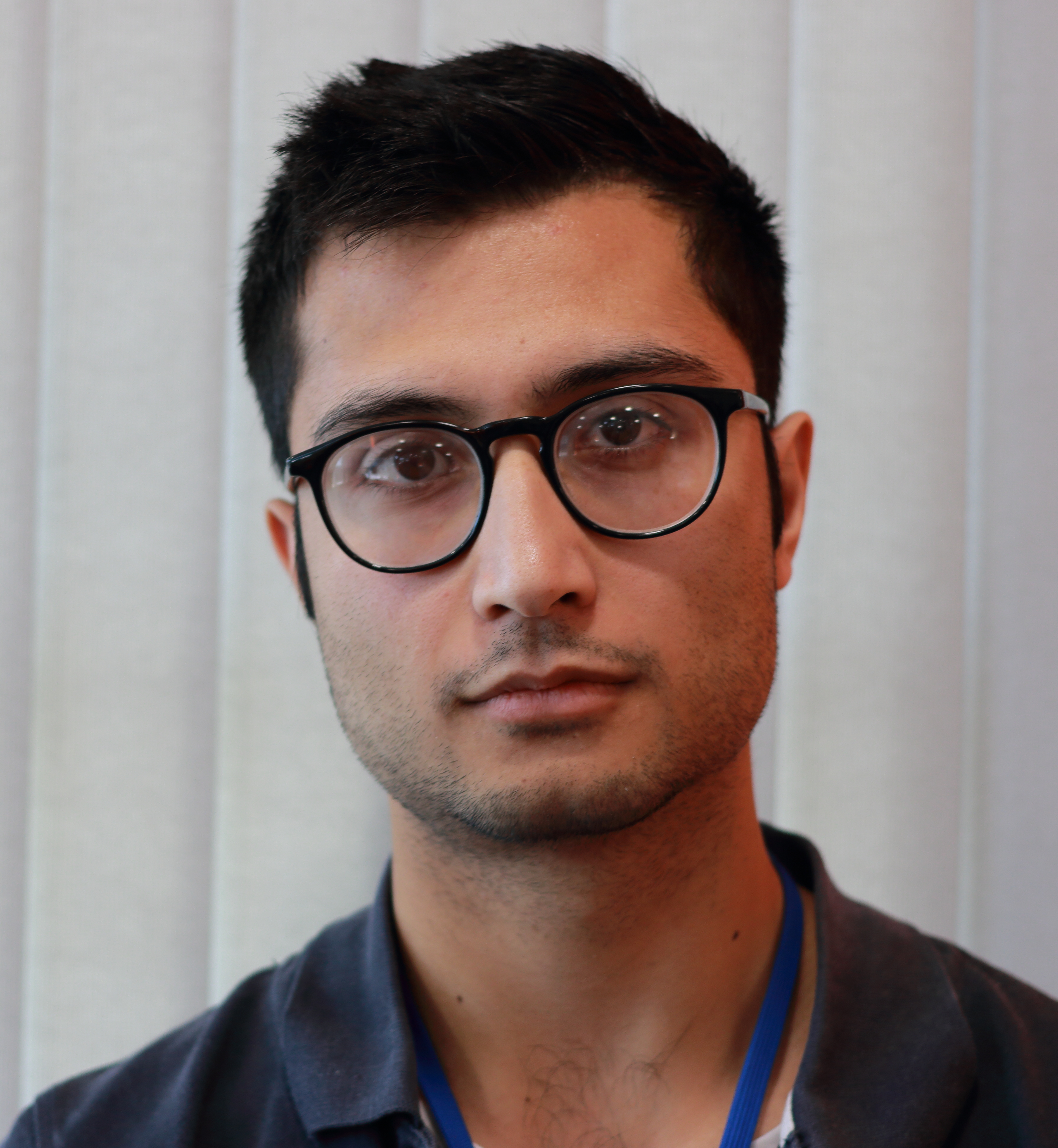 Darius joined the Operations team at Goldratt UK in 2019. Before joining the company Darius graduated with a Manufacturing Engineering degree from the University of Warwick and has experience in Warehouse Management and Supply Chain at Amazon and Wilmott Dixon respectively. 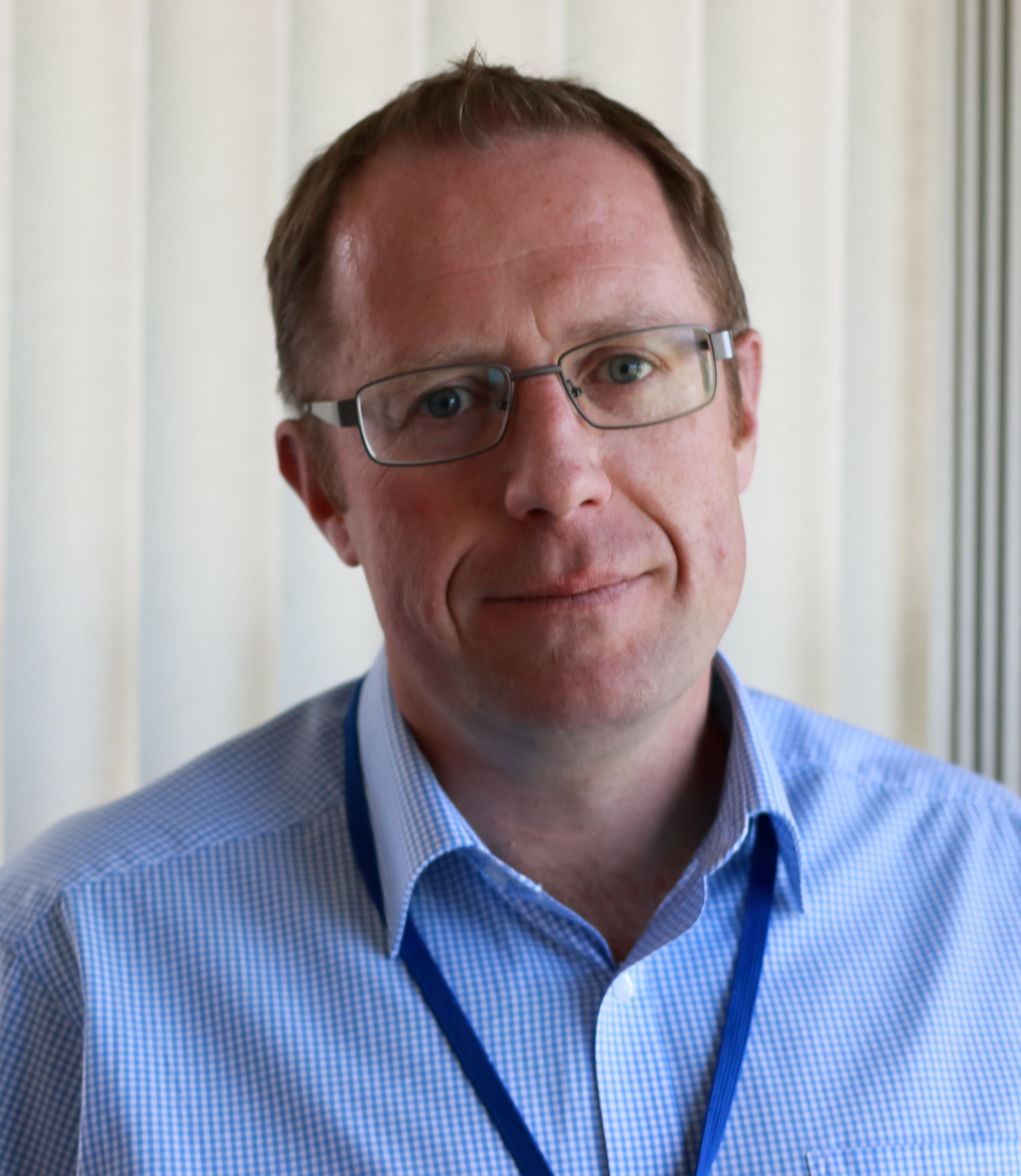 Dave joined the Operations team at Goldratt UK in 2019. Prior to starting his consulting career, Dave gained manufacturing and management experience at Rolls-Royce. He has also built up an impressive knowledge of supply chain working in China and Japan for several years. Dave graduated from the University of Bradford with a BSc in Business Studies; he continued his education to become a Chartered Accountant and Accredited Coach before qualifying in TOC.

Head of Sales and Marketing

Frances joined Goldratt UK in 2007 and drives our Sales and Marketing strategy. She has over 20 years of marketing experience working in both B2B and B2C markets.

Her most recent success story working for Goldratt UK has been applying the principles of TOC to the sales pipeline and building the processes. This included re-designing the website, building new campaigns and redesigning emails.

Paul joined the Sales and Marketing team at Goldratt UK in 2017. Throughout his career Paul has worked in sales and customer-focused roles. A people person, Paul maintains positive business relationships ensuring future sales. He revels in hitting targets and getting the job done to the highest possible level. 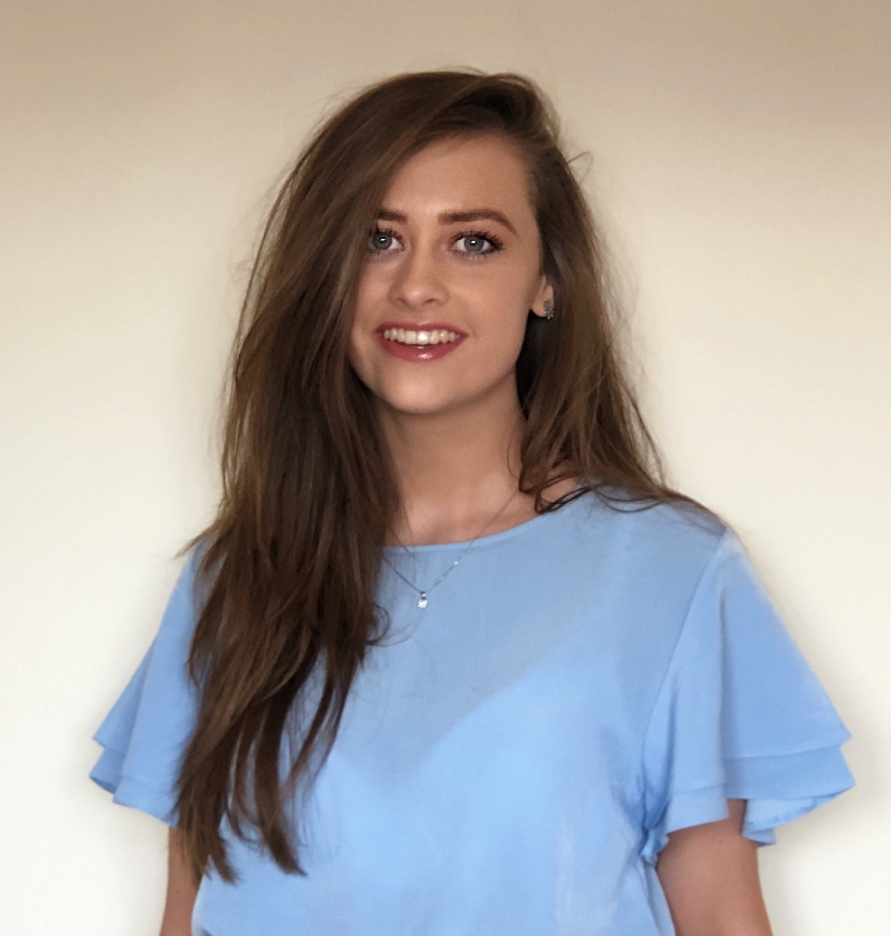 Lauren joined the Sales and Marketing team at Goldratt UK in 2019 after graduating first class from the University of Sussex with a BA (Hons) in History. During her studies, Lauren interned in the Marketing department for Mercedes-Benz Vans as a Connectivity Specialist. 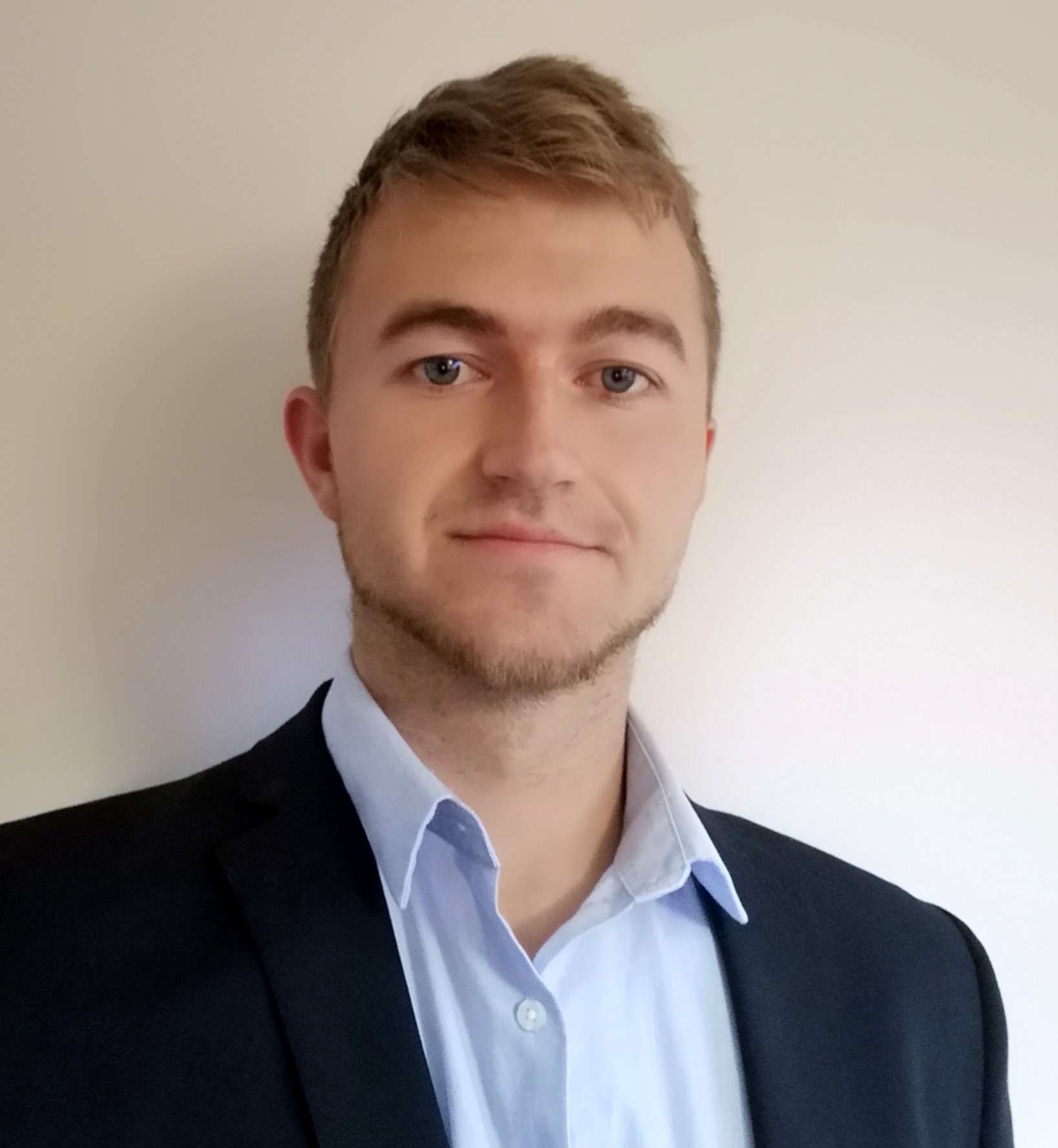 Jono joined the Operations team at Goldratt UK in 2019. Prior to starting at the company, Jono gained experience in acoustic consulting and automotive manufacturing after graduating with an MEng in Automotive Engineering from Loughborough University. 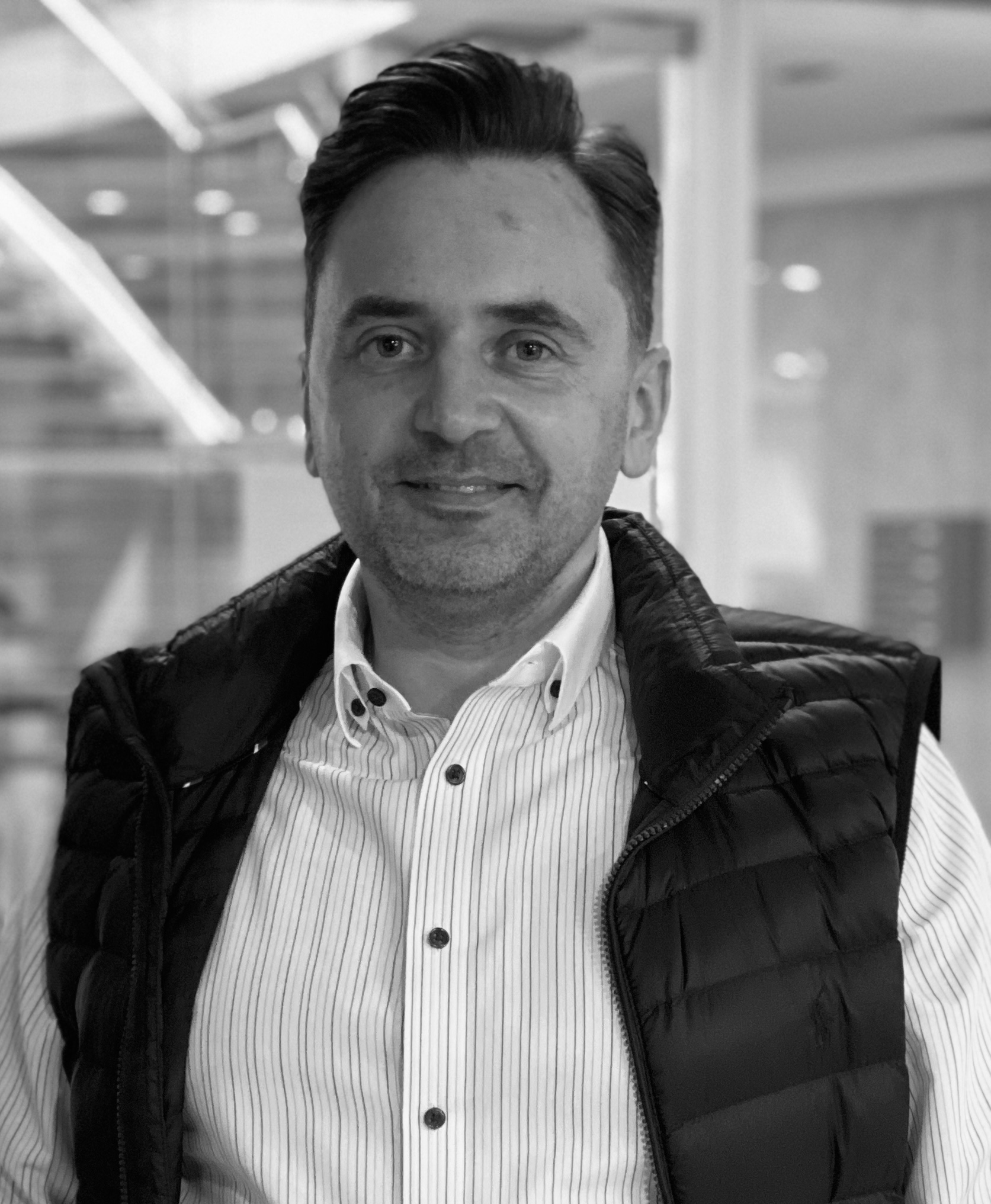 Tomas joined Goldratt UK in 2020 and leads our operations in the Baltics. He began his professional career as an accounting consultant whilst studying at university. Later, he worked in various C level positions in financial, telecommunications, construction and production companies, both locally and internationally. Tomas gained extensive business management and project leadership experience.

Tomas is a certified, experienced and professional Board Member for the Baltic Institute of Corporate Governance and from 2018 he has been managing the consulting business and implementing tailor-made solutions for companies to boost profits.

Most recently, alongside international consultants, Tomas has been involved with four long-term projects for the exponential growth of businesses. Also, in Lithuania, Tomas has organised specifically designed TOC supply chain training with international lecturers as well as C level executives, followed by TOCICO certification. 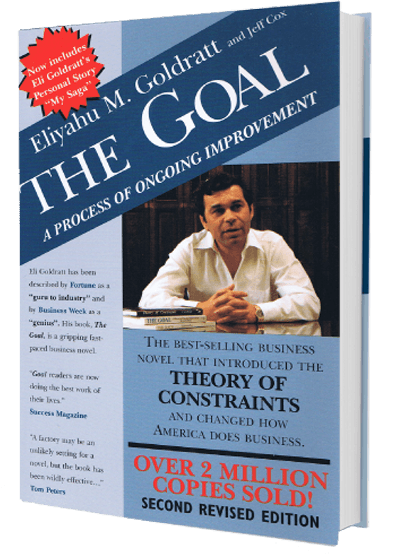